Click here to get a full description of the infographic. 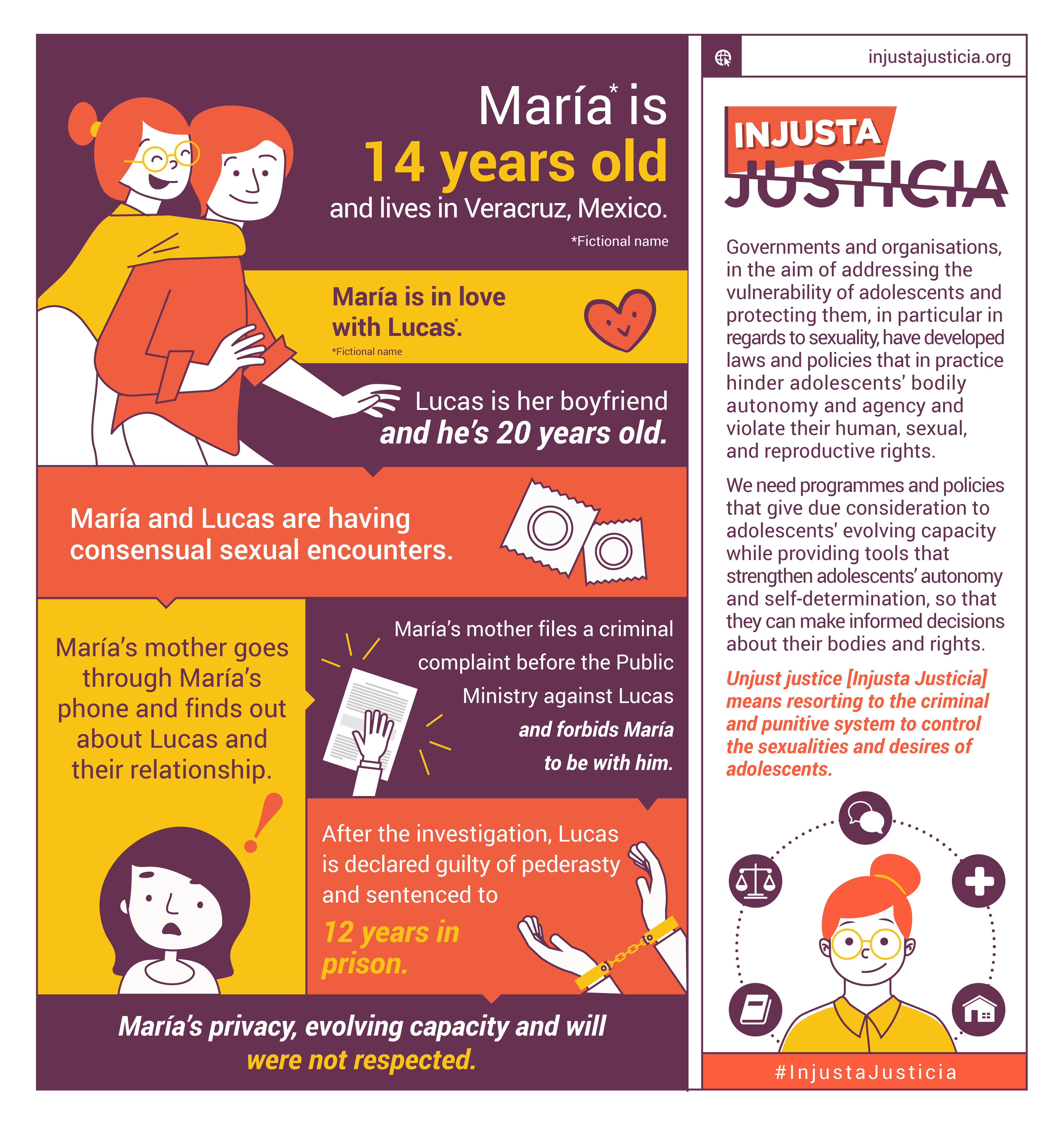 Both the State and María’s mother failed her. María’s mother, without her daughter’s permission, went through her cellphone and her private conversations with Lucas. Without considering María’s wishes or will, she filed a criminal complaint before the Public Ministry against Lucas and forbade María to see her boyfriend again, even though María never expressed feeling hurt or damaged by Lucas during her relationship.

While it was María’s mother who filed the criminal complaint, it was the Public Ministry the one that decided to prosecute Lucas for the pederasty charge. The law establishes that all sexual encounters, consensual or not, with people under the age of 18 are considered a crime and punishable, without distinguishing among boys, girls, and adolescents. Because of it, even when María declared that the sexual encounters she maintained with Lucas were consensual, Lucas was found guilty and charged with 12 years of prison.

Lucas exhausted all avenues of justice in Mexico to try and revoke his sentence, reaching as far as the National Supreme Court of Justice to no avail. Only one of the ministers spoke in favor of recognizing that adolescents, like María, can consent to sexual encounters.

The pederasty charge remains valid in the Penal Code of Veracruz until today. Veracruz adolescents’ consent, according to the penal law, is irrelevant. Veracruz laws criminalize adolescents’ sexual expression. 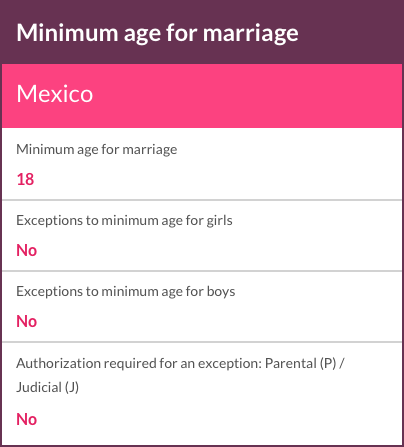 The Injusta Justicia campaign seeks to promote reflection on the limits of criminal law and punitivism as the only defense strategy for sexual and reproductive rights, particularly those of adolescents. The campaign aims, among other things, to highlight the unforeseen consequences of the unrestricted application of criminal regulations and the impact this has on the autonomy and lives of adolescents under the spotlight. Injusta Justicia doesn’t have – or presume having – all the answers but intends to inspire debate and to have the conversations we need as feminists to propose transformative strategies and alternatives focused on the survivors. We invite you to take part in this discussion.

Sexual and reproductive rights policy and regulatory framework  in Mexico:

Policies that could have an impact the lives of adolescents in the region: